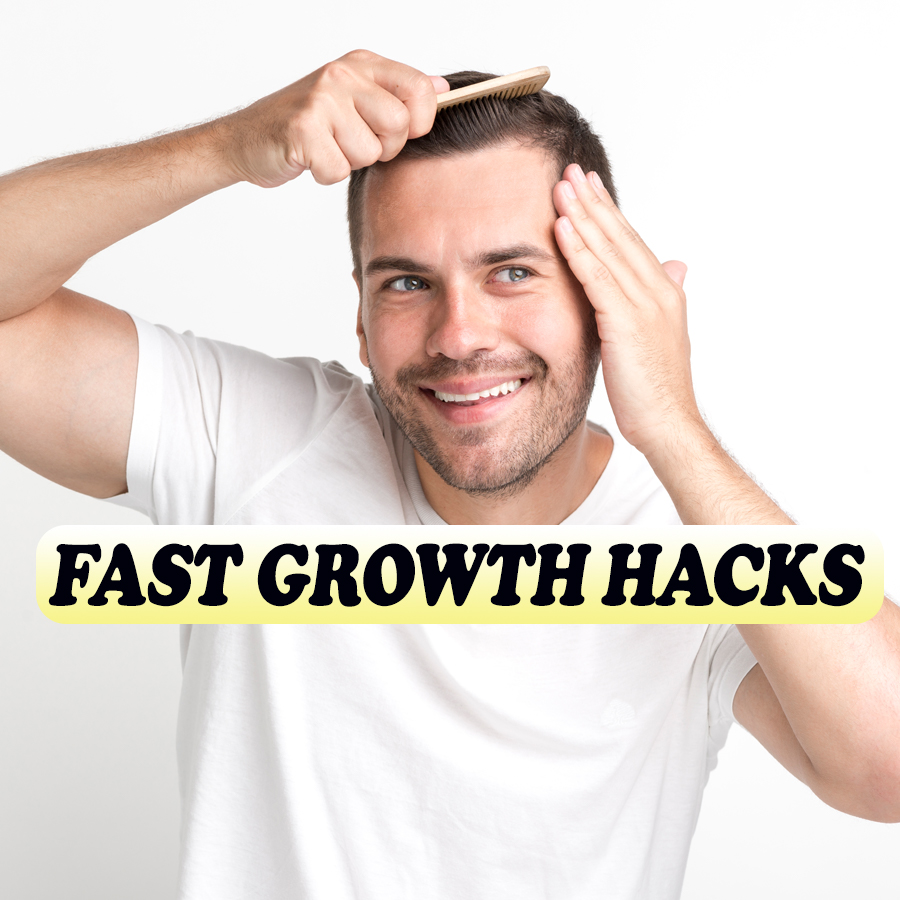 The first thing to note about hair transplants’ growth rate is that it will inevitably be different for different people based on a variety of factors, listed below.

What’s important about that is to not panic if you find your hair transplant growth rate at the lower end of the spectrum.

This is natural, and as mentioned below, there are plenty of ways you can speed the process up.

So just how fast can you grow a new head of hair?

As early as a few days to two weeks after the procedure, you should start to notice progress.

At this point the follicles you have had implanted should be entering what is known as a “natural resting phase” in which they begin to take root.

These first small hair follicles will then be shed about two to four weeks after the initial procedure.

Then you have something of a lull, as the above process pushes out old hair follicles and sets the roots of the freshly-implanted ones.

After about three months, you should start to see fresh hair growth.

After that point, you should see continued growth for the next several months. The period between the three to six month point is often especially dramatic.

Just how long can it take?

Still, it isn’t uncommon for new hairs follicles to start sprouting 12 months after the first surgery, and some even see progress for an additional six months after that.

The hair can change its appearance throughout the process as well.

The first hairs may be more scraggly or wiry-looking.

The further into the growth process, the straighter, thicker, and more mature the hairs become.

Between this and the aforementioned long growth window, if the first results you see don’t seem like much, don’t panic.

It can and often does take several months before you get the rich, thick head of hair promised by hair transplant procedures.

Hair growth varies between individuals. Full growth can take anything from 6 months to just over 12 months, depending on the individual.

What Can Affect the Growth Rate?

That said, you might still want to speed up the growth process, and thankfully, there are several ways to give it a boost.

For starters, some people are just lucky and are genetically predisposed to have their hair grow back faster. That’s not within your control, so focus on things that are.

For example, you’ll therefore want to avoid anything that jeopardizes the initially-fragile new follicles implanted in your head.

Refrain from swimming, biking, running, and other activities that expose your scalp to fast movement and water or air rushing past it at an intense pace.

On the flip side, massaging the scalp can help stimulate growth.

One of the biggest hair transplant lifehacks is to pay attention to your diet.

What you eat can have a significant impact on how fast and healthily your new hair comes in.

Then there is the skill level of the surgeons themselves.

A skilled surgeon can choose the best follicles and plant them in the best spots to stimulate fast, sustained growth.

Conversely, weaker hair follicles or poor surgical skill can slow down the proceedings, such as if the hair is taken from a site resistant to Direct Hair Transfers.

Transplanted hair should ideally not be DHT resistant, and should be implanted smoothly and with the utmost skill, hence why finding an accredited surgeon is so important.

Finally, there’s the question of FUT versus FUE.

The former may be a bit faster in terms of the average transplant time, but the latter provides a smoother, more natural-looking head of hair, and boasts a faster recovery time too.

As such, on average, FUE tends to grow in faster.